Bill was on his way to work. Tunes playing on the radio, cup of coffee cooling in his cup holder, traffic light on red. Something made him look to his right, a van had pulled up alongside, perfectly normal, but something felt a bit odd. Why were they staring at him? 3 men were sat alongside him staring intently out of their window into his.
“Weird” thought Bill so he slightly smiled at them, did they want something? His smile had an even stranger reaction, the men made kissing faces at him. They gestured for him to roll his window down and one of them mouthed the words 'nice' as he winked at him.
Bill flushed red to his cheeks, looked quickly away and, as the traffic lights turned green, drove away as fast as he could. Why had they done that? And why had it made him feel so embarrassed and uncomfortable? He spent the rest of the drive thinking back over what he wished he'd said to them instead.

In the other car, the guys looked at each other laughing at Bill's reaction, "Some people can't take a compliment mate," Said the driver "You'd think he'd be happy with a bit of attention you just can't please some people."
"Yeah," Remarked his mate, "It's like we said, you can't do anything these days!"

Still reeling from the anxiety of his experience at the traffic lights, Bill arrived at the car park. He parked his car about a five minutes walk from the office as he enjoyed the fresh air and time to himself.

On his way, he passed a building site. As Bill walked past, a voice boomed from above “Give us a smile mate!”. He looked around, couldn’t see anyone he knew, and carried on.
“Oi”, the voice boomed again “I said , gissus a smile good looking!”. Bill looked up to see two men, hanging over the edge of the scaffolding staring at him; the comment was obviously aimed at him but he didn’t know them, and quite frankly, he didn’t feel like smiling and all of a sudden he felt really conspicuous and uncomfortable. He scowled slightly, dropped his glance, and walked on.
“Stuck up ------” one of them shouted after him. Bill hurried his steps, he didn’t want a confrontation, what was with people today?!

On the scaffolding the guys looked at each other “You can’t bloody say anything anymore mate!”

Arriving at work, Bill was now feeling a bit anxious. Nothing had really happened but he just couldn’t seem to brush the feeling off. It was weird because he wasn’t generally an anxious person.

Bob was making coffee so he decided to sound him out on what had happened.

“Wow mate” said Bob “You’re lucky, no one even notices me when I walk around, I’d take it as a compliment that you're looking good. When you get to my age, no one pays you any attention anymore! It’s been a long time since anyone shouted out to me in the street. Don't be so sensitive!”.

Bill considered this. A compliment. Maybe he should take it as a compliment. Maybe it was a nice thing they were doing; it was a pleasant greeting that should make him feel good. But it didn’t, for some reason it made him feel really uncomfortable, pretty embarassed and just a little bit vulnerable; why was he so conspicuous all of a sudden?

At lunch time, Bill went for his usual run. With the morning’s events, he was still feeling a little overly visible. It was a warm day and he’d usually have pulled on his shorts and running vest without thinking twice. Except something made him pause. For some reason, those same practical items of clothing he’d worn so often suddenly didn’t feel right. The fabric felt too clingy, the yellow too bright and attractive, the lack of sleeves too exposed. Reluctantly, he zipped a jacket on over the top to cover up.

No sooner had he turned the first corner than someone shouted him from over the road “Hey! Nice legs mate… looking good!!!”. He scowled, dipped his head down and ran faster.
“You can’t even pay someone a compliment anymore” muttered the guy under his breath.

Bill ran on but far more aware now of his surroundings, he crossed the road before passing the pub ahead. Staring straight forwards, willing the guys not to say anything, he picked his speed up again slightly. It wasn’t enough.
“Hey mate!” a shout came from outside the pub “Come over here an' have a drink with us!”
Bill felt anger surge through his body; what was it with everyone today? Why couldn’t he just go about minding his own business? He ignored them.
“Come over here!” The voice shouted again “We’ll show you a good time!”. Bill ran on with the sound of laughter ringing behind him. He'd really wanted to say something back but he just felt too embarrassed. And besides, there were two of them and he didn't want to risk a confrontation.

Cutting his run short, Bill turned back to the office early. He’d had enough and he just wanted to get home.

Now, just a few minutes from the office, he was feeling pretty dejected. He slowed to a walk and thought back on Bob’s words considering whether any of that had felt like a compliment. It hadn't, it felt like an intrusion.

“Witwoo...Give us your number!” a voice interrupted his thoughts.

Bob stopped and turned to look straight at the guy stood in the shop doorway. “What?” he challenged.
“I said, give us ya number.”
"Why?"
“So I can give you a call… you look like the kinda man who’d enjoy a football match and a pint down the pub.”
Bill stared at him. He had had enough.
“How the --- would you know that from looking at me?” He challenged the guy. “You don’t know me, I don’t know you, why the ---- would I give you my number?!”
“Alright, alright…” appeased the guy, “No need to get so hormonal about it, I was just asking! Crikey, you can’t say anything these days.”

Bob turned away with so many emotions coursing through him. He felt angry at the constant intrusions he’d experienced that day. He felt alone because he knew even if he talked to Bob about it, he wouldn’t understand. He felt humiliated, not one of those interactions had made him feel good about himself. And most of all, he felt helpless to stop it because nothing he’d tried to do – changing his route, crossing the road, covering up – had made any difference what-so-ever. He felt exhausted. 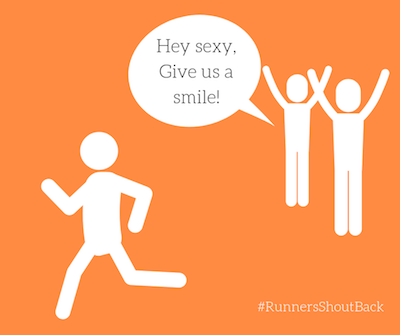 What on earth is this all about?!

It’s an odd scenario right? Why? Because as a man, Bill is highly unlikely to experience this (and if he did, he's likely experiencing the same objectification and sexualisation with homophobic comments). Change the gender and pop Billinda (totally a name!!) in the situation and the likelihood is that she’s experiencing this in some form every day. It's just normal for her but you know what, it’s going to wear her down, just like it would wear you down to have constant intrusions into your day when you’re just trying to mind your own business; to have to be constantly vigilant as to how you’re responding in case you upset the other person who’s ‘only paying you a compliment’ and end up in a confrontation or worse still, with them following you and refusing to leave you alone until you interact – trust me, it happens, more than you think!

The problem is that as women, we're told that we're the ones who need to be responsible for this behaviour. 'boys will be boys', 'it's just a compliment', 'don't be so oversensitive'... etc, etc. It's so normalised that most women don't even talk about it anymore because it's just a matter of course for them. It happens every day.

If you think this is ridiculous, you probably also say things like ‘You can’t say anything these days’ or ‘Apparently it’s sexist!’ or ‘It’s political correctness gone mad’. Only it’s none of these things. It's really that they should never have been happening in the first place. Where has this sense of superiority and entitlement come from?

If you're ever uncertain as to whether you're behaving in an unacceptable manner towards a woman, ask yourself this question: “Would I feel comfortable saying this same thing to a man?”

If the answer is yes, go for your life. If it’s not, stay quiet. And this will obviously change according to the context. Would you shout at a strange man randomly walking past you in the street “give us your number”? No. We assume not. Would you ask it to the guy you’ve been talking to for several hours in the pub, who you’ve established likes the same footie team as you and is interested in meeting up again as mates? Yes.

It's the same when that human being is a women. After all, do you really think that imposing on her day by reducing her to just her looks - viewing her as an object for your blunt comments - is going to lead her to think you're 'the one'? Let's be honest, have you honestly EVER got a date this way?!

And telling a woman that it's essentially her fault by suggesting that she should have said something back, or asking what she was wearing, or suggesting that there's something wrong with her if she doesn't receive it as a compliment is not good enough.

It's time to start considering other people's feelings in this. We need to change this behaviour because this behaviour is not only upsetting to many women it's also perpetuating and enabling the kind of misogynistic ideology that at the top of the pyramid drives actions such as rape, sexual assault and murder. 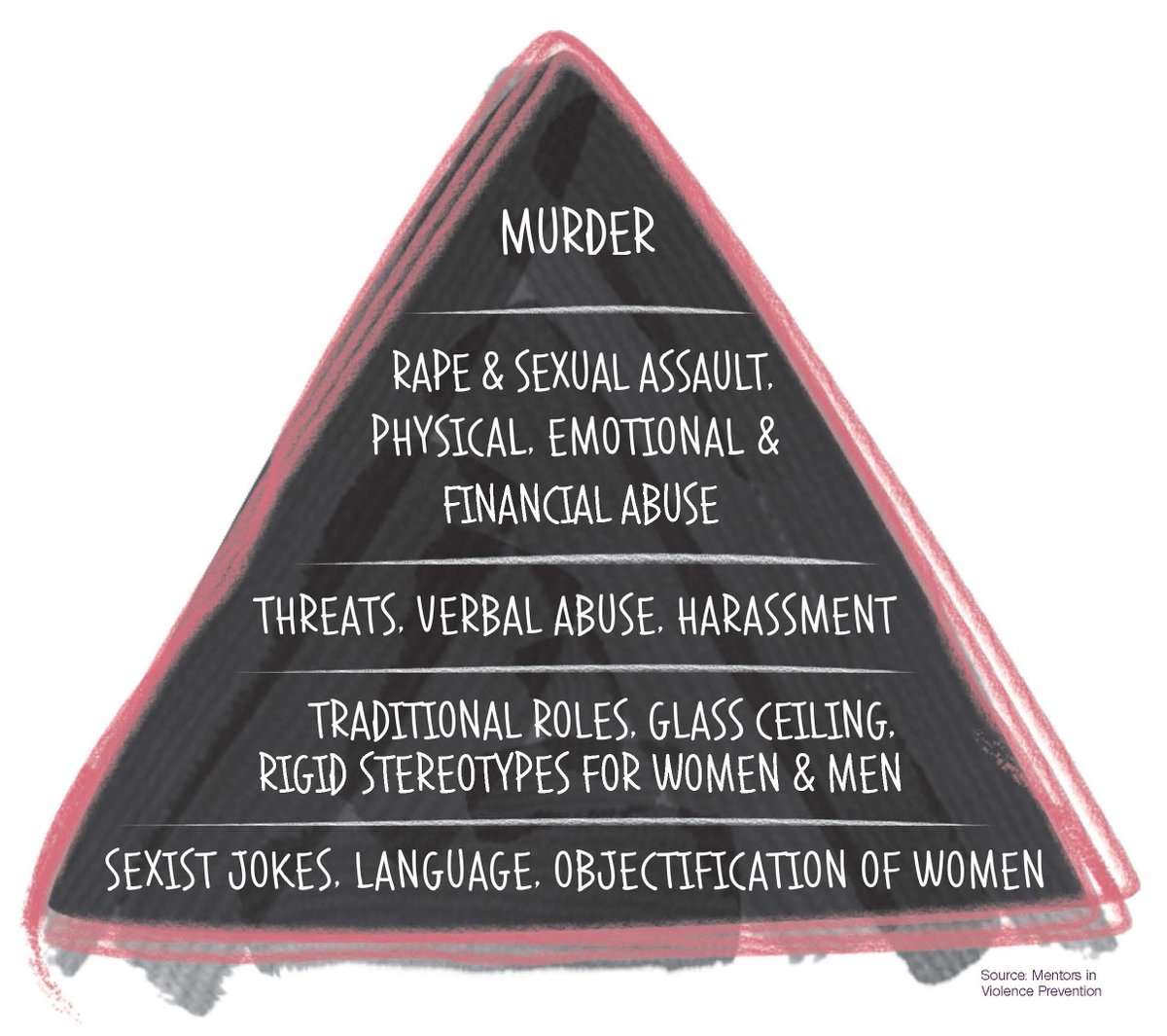 If you'd like to add your voice to this conversation you can do so on Facebook or Twitter with the #RunnersShoutBack. You'll also find more on this issue and issues like this with the hashtags #16DaysOfAction, #HearMeToo and #Orangetheworld.

Do you exercise outside? Take our survey and tell us how safe you feel in streets of our cities and towns.

How Can we 'Shout Back' Against Street Harassment?