This is a kettlebell: 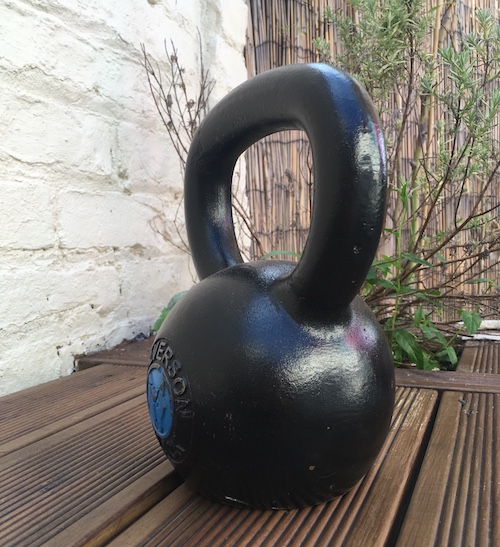 Although, chances are you already knew that so don't worry, that's not where we're stopping.

If you recognise this little beauty, then you probably also already know that he (yep, you read that right, this one's called Billy) is a tool used in resistance training and conditioning, and that it's a great way to tone, build muscle and improve your fitness. But you might not know that that's just scratching the surface!

Despite a surge in popularity recently in the fitness world, kettlebells are not a new fad. In fact, they've been around for over 300 years; the Russian military recognise them as an efficient and strategic form of training and through their use have proven the effectiveness of the kettlebell to develop full body strength and fitness with the minimal of equipment (although they probably don't name theirs).

However, assuming you're not aiming to go into battle alongside the Russians any time soon, what use can you make of a kettlebell? Firstly, let's look at what we can 'do' with this little hunk of iron...

What to do with a kettlebell 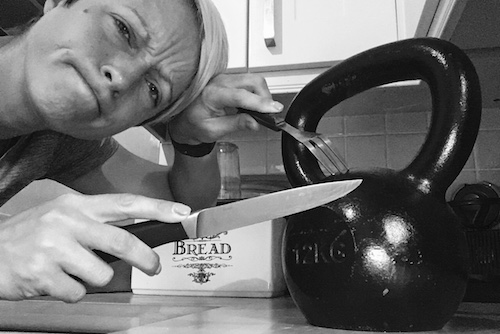 But to stay purely in the realms of training, for such a minimalist piece of equipment you can achieve an awful lot. And that is one of the reasons I fell in love with them; as a mobile personal trainer I was unable to lug a large amount of gym equipment around with me (it doesn't help that I drive an entirely inappropriate and rather aptly named Mini!) and neither did I want to. The kettlebell enabled me to address the wide variety of goals I was presented with whilst balancing specificity, variety and interest in my programming. To put it simply it's one piece of equipment that just keeps giving.

Perhaps the first thing we should cover is that there are various styles of kettlebell training. I'm not going to go into detail of the others at the moment and instead will focus on hardstyle - named not because it's 'hard' or only for the 'hardcore' but because of the high tension we employ when 'lifting'. Hardstyle kettlebell training is so effective because of it's perfect balance between tension and relaxation and, as such, you'll learn so much from practising it than just how to lift a kettlebell.

All the lifts you're used to in strength training can be done with kettlebells. And with bells ranging from 2kg to 60kg+ there's a weight for you no matter how strong you are. Grinds are lifts which require you to create tension throughout the whole body and whether you're deadlifting, squatting, pressing, or Get Up-ing (Oooooh, I do love a Turkish Get Up!), the kettlebell is a great tool to get you strong whilst learning about your body.

But I've got to be honest, that's not where the real fun of a kettlebell lies and you'll build a true full body programme when you add in the...

Perhaps the most famous is the kettlebell swing. An athletic movement which powers the kettlebell from the hips. Looks like the arms right? But the beauty of this move is it's actually your glutes and hamstrings powering the swing! 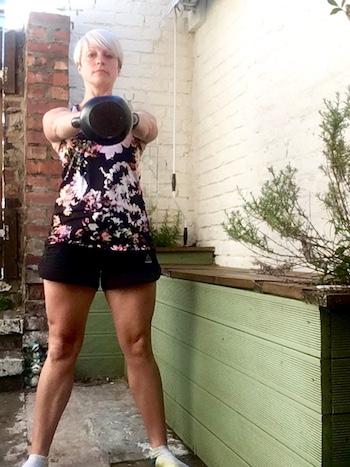 Now combine that with how it raises your heart rate and challenges your cardiovascular system, do you really need anything else?!

The 'What the Hell' effect

So we've worked out that kettlebells must be great for fat loss, strength and improving your overall fitness. But there's more. Any athlete - whether amateur or professional - who's trained with kettlebells has likely experienced the 'what the hell' effect.

For me, my 'what the hell' moment came during Spartan Race last year. My previous attempts had seen me scrambling around on the floor at the bottom of the rope climb and swinging inelegantly on the first monkey bar failing miserably to reach the second. But this time? This time I climbed the rope and channelled my inner monkey completing the full run! Had I been training rope climbing and monkey bars? Had I heck, I'd been nowhere near them since the last race I'd attempted, almost a year before. What I had been doing was training for my StrongFirst SFG1 instructor qualification and 'what the hell...' I'd achieved so much more!

Are you a runner who wants a new PB? So many of the runners I've trained have experienced the 'what the hell' effect on their race times just weeks into kettlebell training.

Perhaps you're a martial artist who wants to improve your speed, power or focus; the ballistics such as swings, cleans and snatches in kettlebell training will have you saying 'what the hell' in no time!

Or maybe you're a cyclist who wants to improve endurance and get stronger on the hills? Yep, you've guessed it... what the hell? The kettlebell can help you with that too!

How do I get started?

So, now we need to move onto the obvious question. With so many benefits offered by the kettlebell, how do you get started?

Remember at the beginning we established that all these benefits come from Hardstyle kettlebell training? You're not going to get that from a Kettlecise class so the first job is to do your research. If you've never trained before, find an instructor who's trained and can show you how to lift safely and effectively; checking out this list of StrongFirst Instructors in the UK is a great start.

Research Personal Trainers in your local area and check out whether there are any classes run. If in doubt, just remember there's no place for a kettlebell in a dance class! Don't get me wrong, they make great companions on a walk, they look pretty in your home and they're bloody awesome to snatch and swing but dancing partners they are not!

Finally, if you live anywhere in or around Prestwich, get in touch! We have a variety of options at all different price levels including our next Beginner's Kettlebell Course starting 13th January. The course runs every Monday for 6 weeks (excluding Feb half term, 17th), at 10.15am - 11am. We've just a few more spaces left so sign up here to secure your place.

How to lose weight... unsuccessfully