Last Saturday was our first run coaching session, Aimi spoke to us about technique, foot landing and the importance of our arms, who knew 🤷🏻‍♀️ arms were important when using your legs....Turns out they are! 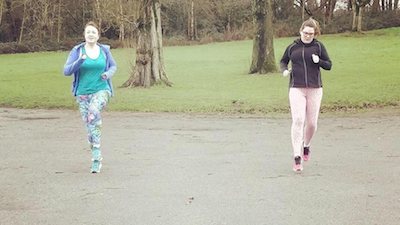 So Last Sunday, fresh out of run coaching, I went for my weekly long run, on a new route local to me. Pretty much most of the run I focused on my foot landing. So ensuring the noise was minimal upon landing and that I was landing more on the front of my foot rather than heel striking, at first it felt really strange as I was changing up years of running technique that I had become accustomed to, once in my stride it became much easier (apart from the hill they never get easier...🤦‍♀️.)

This Sunday, we decided to do the same route but I decided that I would try and focus on my arms, as well as my foot landing. In the coaching session Aimi explained that our arms are the 'drivers', so this run I focused on keeping my arms up and making sure they weren't cutting across my body, or dropping too low.

During the run (the downhill part 😊) I ran a little faster than I normally would and I really felt the most comfortable I have felt in a long time on a run, the route is slowly becoming my favourite of all the routes I do! 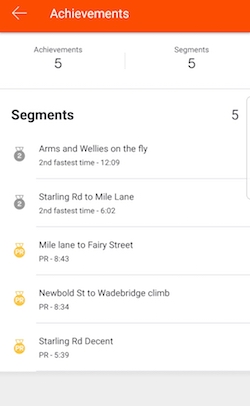 Obviously finishing a run is the highlight (or is that just me...🤔) so when saving my run on the old Garmin, I noticed that I had completed the run 2 minutes and 6 seconds faster than the previous week... I know I shouldn't be focusing on my time, I've managed to not look at my Garmin at all during the runs, but seeing the time I've knocked off it has really give me that kick! 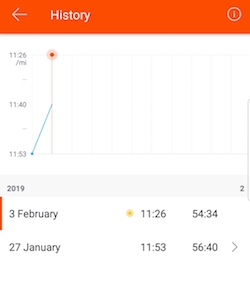 Making them small changes to my running, has made a big difference, I finished the run feeling like I could have gone on (only for another half km mind haha) I felt good..but more importantly I felt comfortable for the whole run, there was definitely less walking this week and more dropping back to a slower pace.
My Strava achievements also show this as I achieved 3 PRs Woop Woop!!

Oh I forgot to mention it was -4 😳 when we set off on the run, gaining my first Frosty badge on Garmin!