In a week where we've seen Manchester Marathon kick off the Spring marathon season and stories in the news that as a nation, our lack of physical activity is sending us to an early grave, perhaps we should be looking at how we can harness the motivation and inspiration of those around us who are achieving great things.

You don't have to run a marathon to start running.

If you spectated at Manchester, if you know someone who ran it, if you're planning on switching on the telly in a few weeks when the starter gun fires on London, then you may also be someone who wishes they could even do a fraction of what these marathoners can do.

If you'd like to get started with running, here are 3 ways you can find the motivation to carry you forwards:

When we think things over too much we overcomplicate them, we find excuses and create concerns. Instead, just get out there!

If you've never run before, I don't recommend lacing up your trainers and jogging straight out the door; however, lace those trainers up and start with a walk.

Walking for 4 minutes then jogging even for just 20-30 seconds at a time is a fantastic start and if you do this 2-3 times a week, you'll soon see your jogging time creeping up.

If you want some support with this, why not try one of the many couch-5k apps? You could join a running club, or even sign up to a 10 week course

“You are the average of the five people you spend the most time with” - Jim Rohn.

Whilst five might not be a particularly statistically accurate number, the people around you certainly influence your levels of motivation and there are loads of running groups online now so even if you're not ready to run with others, there's the opportunity to connect with them.

When Prestwich running fan and mum of three, Aimi Barton, set up the community running group, The Prestwich Plodders on Facebook, she had no idea the effect she would have on the women in the local community. With more than 200 members in the group now, it's clear that there is a keen interest in running in the local area.

Fully understanding the impact running can have, but equally how difficult it can be to get started, Aimi wanted to create something where women could share similar experiences and gain motivation from one another:

"I don't think I'm being dramatic when I say that I think that running has absolutely changed my life. After being stuck in a cycle of faddy diets and generally feeling horrible about myself I decided to give running a go. Taking those first few steps was easy.

Then I ran! I ran to the gates of the park and never wanted to do it again.

We started The Prestwich Plodders because I'd heard so many women with similar experiences who didn't go back. Sometimes a bit of support and knowing that you're not alone is all it takes. I also hear many women say "Oh I could never run".

Anyone can run. Hopefully the group will help women to see that." 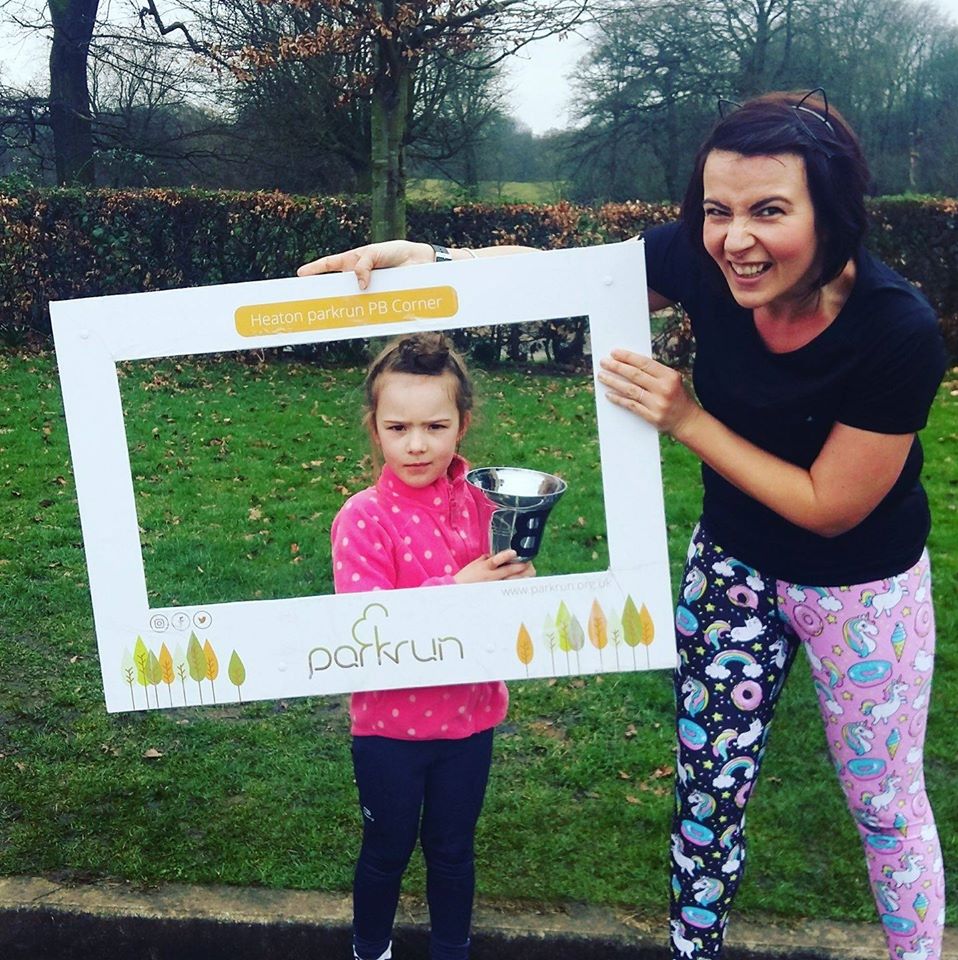 You can find The Prestwich Plodders on [Facebook]((https://www.facebook.com/groups/prestwichplodders/?ref=bookmarks) with a blog coming soon. In person, the Plodders meet in the car park to the left of Heaton Hall before ParkRun begins and their inaugural social run is taking place on Wednesday 26 April. Join the group for more info!

3. Set yourself a goal

We are always more likely to achieve something and remain motivated, when we have a time-sensitive goal to work towards.

ParkRuns are an excellent beginners goal as there's one on most people's doorsteps plus they're on every Saturday and completely free!

When my personal training client, Katie, started running, her goal was to complete a ParkRun. The great thing about this goal was that in just 2 weeks we had set a new target on this goal when she successfully ran/walked Heaton ParkRun. 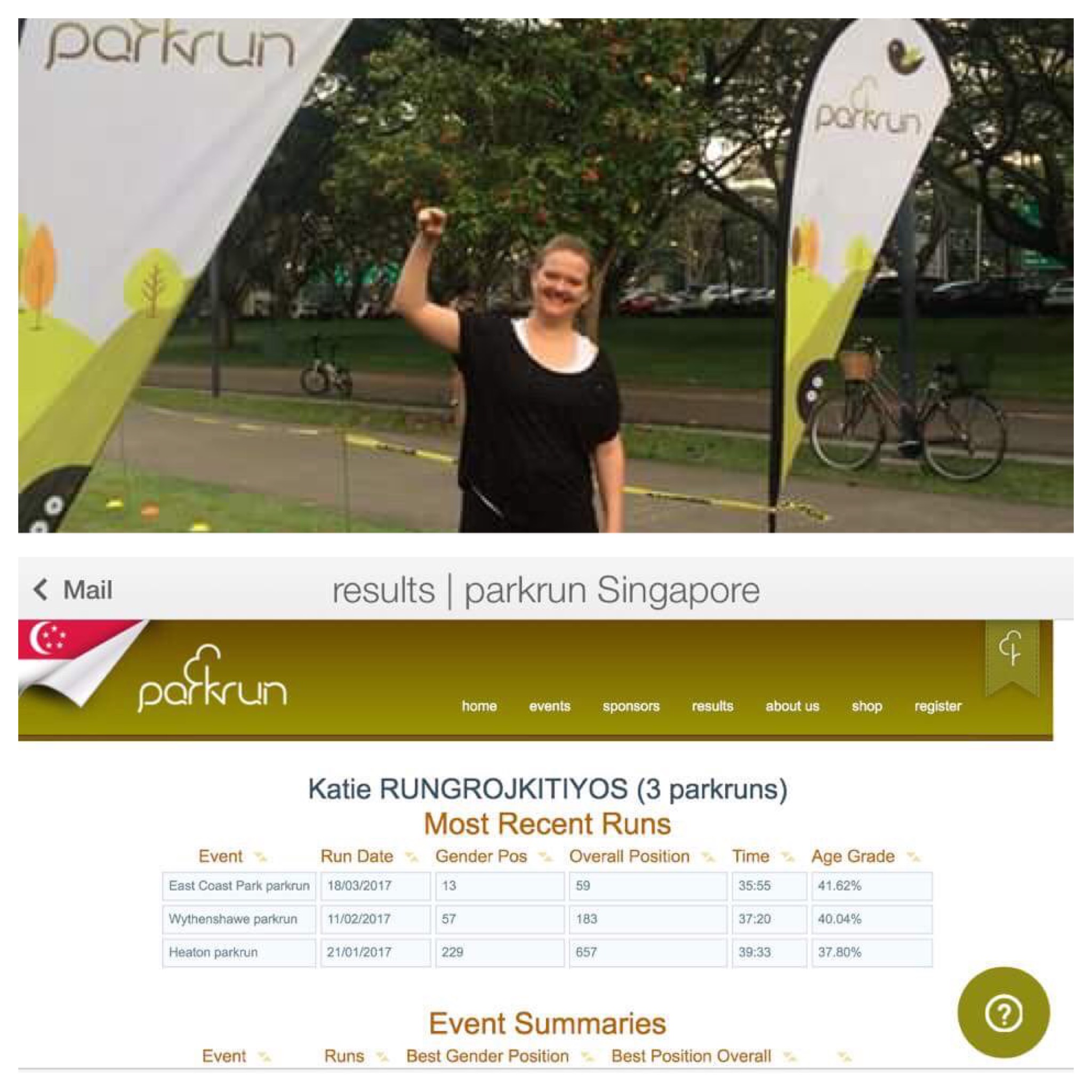 Last week, Katie completed a ParkRun in Singapore - like I said, there's a ParkRun on most people's doorsteps! The 5k goal has been a great one for Katie as she's seen progress every time she's taken the distance on. Not only that but because there are such a variety of 5ks around the world, she's been able to keep herself motivated with new and different race goals. In fact, her next plan is to take the distance up to 10k.

Similarly, my 0-5k Spark Run Club completed their first ParkRun at Heaton Park a couple of weeks ago. Every one of them has got the running bug and are continuing to improve their running now in my free improvers group.

Perhaps we'll see some of the ladies at next year's marathon?

You're going to feel awesome!

If in doubt, know this: running will make you feel AWESOME!

You might enjoy chasing those things and challenging yourself to achieve better and better, but aside of this when you return from a run, you're going to feel great! Here's just a few of the ways you'll benefit from a run:

So what are you waiting for? Let's get those trainers on!

Listen up... and lose weight!

Why NEAT is awesome!