I don't do a lot of road running. I used to. In fact, it's how I started out running about 10 years ago now; 5k, 10k, Half marathons were regular features on my weekends. Then, in 2011 I ran London Marathon and after that, somewhere along the line I fell out of love with it a bit. Perhaps it's because after I discovered the excitement of trails, fells and obstacles the monotony of the pavements just didn't match up. Or maybe it was because I was trying to find an escape from the 'time'. You know, that question everyone always asks: 'What time did you do?', and the pressure you put on yourself to always PB. I think I just wanted to find the enjoyment of running for running's sake again so I ditched the road races.

My friend promised me that the Run Wales Conwy Half isn't your typical road race though, and she's right. It's one of the most beautiful, scenic races I've run. And, with it being a good 3 years since I ran an official half and with there being a giant hill in the middle of it, I figured the pressure was still off. So, when an opportunity came up to run the half this Sunday, I jumped at it.

Am I glad I did. If you're a runner and you've not done this race, you need to get booked on next year. Leaving Conwy on the quayside, the route takes you across the bridge then turns left up alongside the bay and into Llandudno. From there, you wind your way up the Great Orme taking in the breathtaking (literally) views as you go, across the top, then back down the other side with more fabulous scenery before heading back to Conwy to finish back at the Quayside. 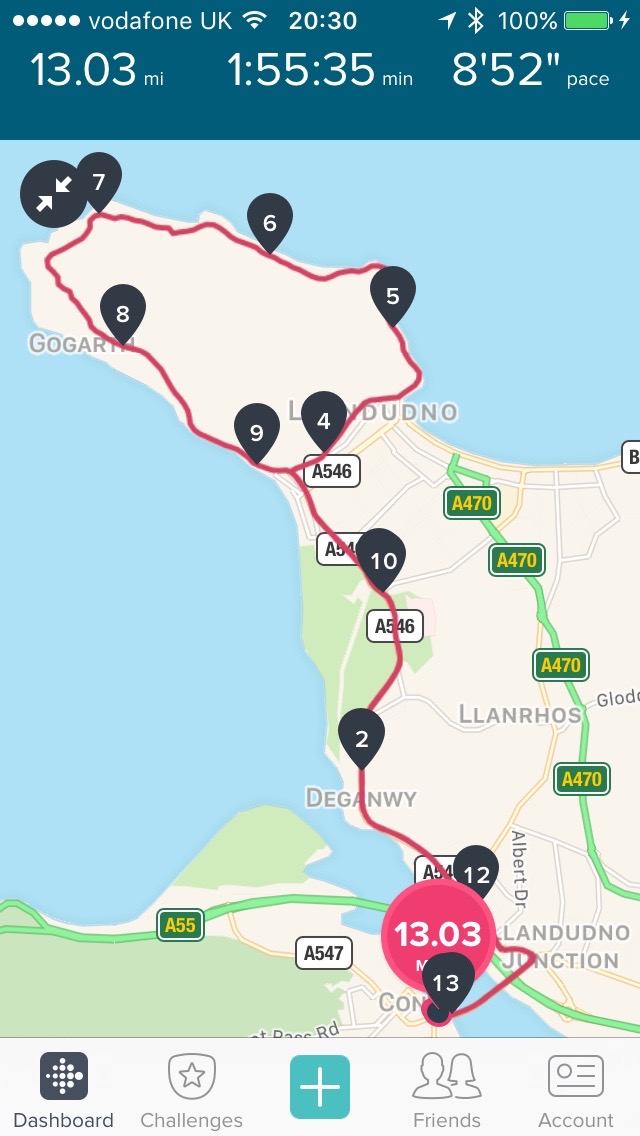 With around 2400 people taking part, it never feels too crowded and there was a fantastic, friendly vibe about the whole run - it felt like a small local race despite its national status.
Plus, from my experience it's very smoothly run with numbers sent out prior to the event, a bag drop tent at the start/finish - essential in winter so you don't freeze to the bone before and after - and a medal, t-shirt, 9-bar, orange segment and water! Honestly, what more could you want?!

I enjoyed the Conwy Half Marathon and realise now it was a good opportunity to see how my training stands up to this kind of mileage without any additional preparation. What pleased me was how quickly I recovered which tells me my nutrition and training programme is spot on. In fact, I had such a good time, I'm tempted to try the Waters Wilmslow Half in March - another road race that doesn't 'feel' like one out around the villages of leafy Cheshire...

What about you? Do you have a half marathon race coming up in the near future? Are you preparing for one in 2017? Head over to my Facebook page and let us know which one you're doing and how you're preparing.